The 1990s were 30 years ago. Feel old yet? For nostalgia’s sake, we’ve collected 20 of the best fiction books of the decade.

On the brink of a new millennium, the decade we call the ’90s was an outstanding period for fiction books. Authors drew from history, channelling intergenerational trauma in their novels, constantly grappling between their pasts and the present.

Now, as we move further into the 20th century, critics are debating whether 1990s literature falls into the historical literature canon. With themes that still resonate in contemporary society, these are 20 of the best fiction books of the 1990s.

Michael Ondaatje, author of ‘The English Patient’ (Photo: The Australian)

Afterlife is a wryly written novel, narrating the experiences of Steven, Sonny, and Dell — three young men facing irrevocable loss, as the AIDS epidemic devastates the American gay community. Paul Monette describes the friendship of these three men, who met in the hospital where all three of their respective lovers died.

A story about death, love, and life — Monette’s fiction is a semi-autobiographical, fictionalised account of the author’s own experience of losing, loving, and living through this devastating epoch. Hanif Kureshi’s debut book tells the story of Karim, a mixed-race teenager living in middle-class, 1970s London suburbia, whose life is interrupted by his father Haroon, who decides to become a spiritual teacher, ‘The Buddha of Suburbia’, and leaves Karim’s mother for one of the enthusiastic followers of his proverbial guru act.

Treading with liveliness and lightness, Kureshi’s prose charmingly deals with themes of racial politics, the generation gap, gender, sexuality, growing up, and the history of the late ’60s and ’70s. A masterpiece of subtle wit, the novel also counted David Bowie as a fan. An astonishing read that combines incredible narrative complexity, African folklore, and fantastical imagery, Ben Okri’s magical realist novel follows his child protagonist, Azaro. As per the Yoruba tradition of Nigeria, Azaro exists a spirit between life and death, whose life takes a turn when he is resurrected into the world of the living.

An epic feat of imagination, Okri himself has described the process of writing the novel as “disappearing into a dream.” Cherished by critics and readers alike, The Famished Road is a novel about post-colonial Nigeria, the chaos and confusion of a country emerging from violent trauma, on the precipice of a new life. How the Garcia Girls Lost Their Accents – Julia Alvarez (1991)

Told in reverse chronological order, How the Garcia Girls Lost Their Accents is an experimental account of four Dominican girls who move to America and attempt to assimilate into American society. The second book in Morrison’s trilogy of African-American history, preceded by Beloved and followed by Paradise, Jazz is a poignantly written piece of historical fiction that moves back and forth in time to tell a harrowing story of love, obsession, and the reality of Black urban life.

Set in 1920s Harlem, Toni Morrison’s fragmented tale of tragedy follows the lives of Violet, married to Joe, and the latter’s affair-turned-murder of the 18-year-old Dorcas. Jazz is rich with Morrison’s characteristically lyrical writing, making for enjoyable, emotional reading. Michael Ondaatje’s Booker Prize-winning novel details the lives of Hana, Caravaggio, Kip, and the nameless, burned man who lives upstairs in their shared Italian villa during the Second World War.

Ondaatje’s prose, filled with sensuality, ambiguity, and depth, carries the reader back and forth through time as he paints a portrait of four strangers, bonded together through their collective trauma of victims of war. As reviewed by The Scotsman in 1993, “[Trainspotting] neither celebrates nor castigates the phenomena it describes; it is not the pornography of drugs that its hype might have led readers to believe. It is of course a current buzz book among the publishing glitterati, as though the chattering baboons have captured a strange, exotic mutant, pressing it safely between the blotting papers of fiction.”

Trainspotting interlaces Irvine Welsh’s visceral observations of ’80s and ’90s Edinburgh, gritty teenage subcultures of the time with a scathing social commentary. Written in the pure Scottish dialect, the narrative revolves around drug addiction: the addicts, the depth of addiction, the fight for recovery and relapse. A sensitive exploration of the trappings of 1950s suburbia, The Virgin Suicides is a portrait of a society in decline through the lens of unnamed men, who reflect on how their adolescences were shaped by the five Lisbon sisters.

The Virgin Suicides retroactively constructs the eighteen months between the first daughter’s suicide and the last, while the middle-aged narrators regress into their teenagehood, obsessing over a desire to discern meaning from their own mundane experiences of the Lisbon sisters. But beneath this simple bildungsroman, Yusuf’s journey as a slave sold by his father to settle a debt is a deeply complex, deliberate meditation on slavery, religion, cultural interactions, colonialism, innocence, and honour. One of the longest novels in the English language, A Suitable Boy is a panoramic vision of 1950s India, spanning 18 months in the intertwined lives of four families in a post-Independence India. Rohinton Mistry introduces his four main characters and their individual stories: two tailors, Ishvar and Omprakash; the widow, Dina Dalal, who employs them in her apartment; and the college student, Maneck, who lives with the latter.

Spanning 30 years of Indian independence, from the Partition in 1947 to The Emergency in the 1970s, A Fine Balance creates an enduring, panoramic portrait of humanity in crisis. Notoriously difficult to read — with ‘How to Read Infinite Jest’, being one of the highest-ranked articles when searching for the title on Google — Infinite Jest rests at more than 1,000 pages. With an insane amount of footnotes, David Foster Wallace’s sprawling masterpiece follows a multitude of characters, who are all linked to the Incandenza family, and its youngest son, Hal.

Confusing, yet wonderfully-hilarious and erudite, Infinite Jest is set in a near-future where the Gregorian calendar is replaced with sponsorship deals, and the central plot revolves around the missing master tape of ‘the Entertainment’ — a film created by James Incandenza, that compels anyone that sees it to watch it over and over again, losing all interest in eating, drinking, sleeping, and sanitation.

started infinite jest, lets see if i understand this by the time i finish
[warning for spoilers for IJ] pic.twitter.com/G0tWVBrdwK The Moor’s Last Sigh is a witty, wonderful novel that serves as an intricate family saga, narrated by Moraes (a.k.a The Moor) a child of the da Gama-Zogoiby clan of Cochin in South India, and later Bombay.

The setting of colonial India at the brink of independence — extensively researched by the Indian-born, British author — is at its core, a moving family saga that is portrayed with such realism, that the reader is convinced to suspend their beliefs for the strange, magical events that take place. Known to contemporary audiences as A Song of Ice and Fire, the series that inspired HBO’s series Game of Thrones, George R. R. Martin’s first novel is an outstanding display of literary prowess.

Writing the enormous amount of characters that Martin does, with such lucid and vivid imagination, is no easy feat. A Game of Thrones weaves together complex character arcs to construct the beginning of a truly epic fantasy series. As reviewed by John Updike in The New Yorker, “Roy peels away the layers of her mysteries with such delicate cunning, such a dazzling adroit shuffle of accumulating revelations that to discuss the plot would be to violate it. Like a devotionally built temple, The God of Small Things builds a massive interlocking structure of fine intensely felt details. A novel of real ambition must invent its own language, and this one does.” 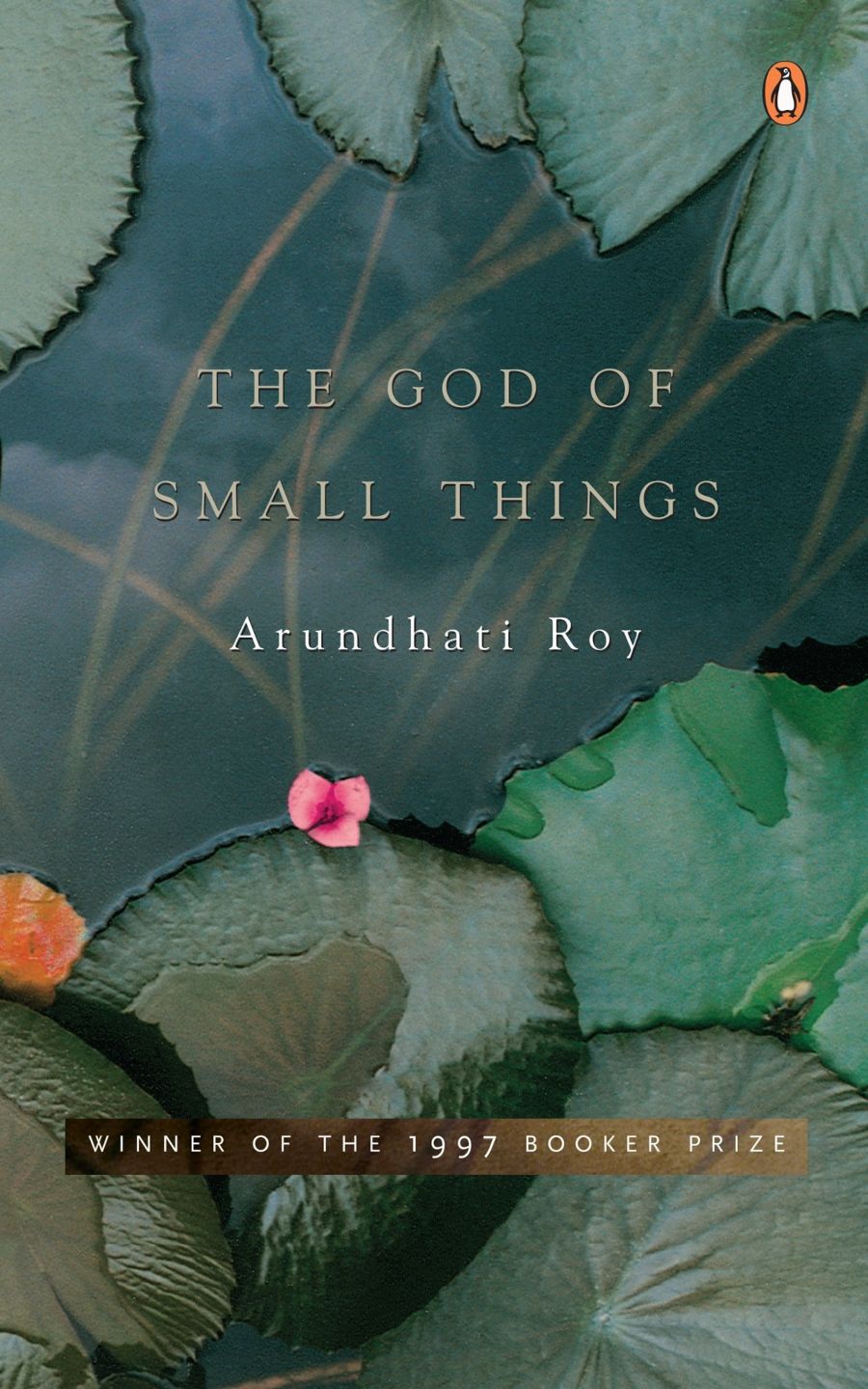 Written by German law professor Bernhard Schlink, The Reader was originally published in 1992 in Germany, then translated by Carol Brown Janeway, and released in America in 1997. The novel is a parable that follows generations of post-war German families that struggle with the comprehension of the Holocaust.

Narrated by the protagonist Michael Berg, the novel begins in West Germany where 15-year-old Michael meets Hanna, a woman twice his age. It traverses Michael’s life as he discovers, and tries to comes to terms with Hanna’s history as a Nazi war criminal, raising questions of morality, love, and horror against the backdrop of postwar Germany. The three narratives are interconnected with Michael Cunnigham’s brilliant, passionate prose, as he explores the inner lives of women navigating loneliness, gender roles, and relationships to masculinity while shifting the reader through multiple eras of the 20th century. Having gathered immense critical acclaim for his first book, The Bonfire of the Vanities, Tom Wolfe is known for his fictionalised chronicles of wealthy, wild America. A Man in Full is another sweeping documentation of contemporary American society, capturing the zeitgeist of the world at the cusp of a millennium.

Set in Atlanta, Georgia, the novel follows Charles Crooker, a middle-aged prominent Atlanta businessman whose life is interrupted by the threat of bankruptcy, while simultaneously detailing the stories of three other characters that are all interwoven into Crooker’s destiny. The Perks of Being a Wallflower – Stephen Chbosky (1999)

The Perks of Being a Wallflower is a brilliant, contemporary bildungsroman that traces the life of Charlie, an introverted teenager, navigating the bridge from adolescence to adulthood.

Written in the epistolary form and addressed to an anonymous friend, The Perks of Being a Wallflower covers Charlie’s first year of high school — a period of his life shadowed by the recent suicide of his best friend. The novel is rich with teenage nostalgia, dealing with themes like sexuality, mental health, drug use, and first love. Perks of being a wallflower is perhaps one of my favorite book to movie adaptation. Movie actually did better at some parts. It stays true to the source material. I suppose it’s mainly because, both the author of the book and the director of the movie is the same person.

Disgrace narrates the story of David Lurie, a middle-aged, twice-divorced professor who lives a passionless life. Set in post-apartheid South Africa, JM Coetzee’s narratives shift from his protagonist’s affair with a student to the sexual assault of his daughter, tied intimately with themes of abuse of power, racial politics, and masculine violence.

As reviewed in The Guardian, “Coetzee’s vision [makes] a sharp, original commentary on the South Africa of apartheid, but it also [explores] the human condition with a bleak, dispassionate sympathy that many readers have found unforgettable.” How to Watch Loki Online: Stream the Series on Disney+ Today

Why the Bitcoin Bust Could Finally Drop GPU Prices