Chavis, 50, jokes that he went to the kitchen as an escape from the fields. At the age of 13 he got his first paid job as a dishwasher in a Greek restaurant in Charleston. By the time he graduated from high school, he was an expert on the grill.

He later cooked in a large-volume Houston’s restaurant in New York, where he learned the importance of fresh, high-quality ingredients. He came to Atlanta in time for the 2007-2009 recession. After working in the construction industry, he was unemployed and went back to the stove.

Before Chavis opened his restaurants of the same name, he was a nightclub chef, first at Onyx Atlanta and later at Blue Flame Lounge. At first he was frustrated with the type of cooking (bar food) and the quality of the products (everything frozen). This wouldn’t be enough for a Houston trained chef, so he asked his boss if he could improve the menu.

He started making collards, macaroni and cheese, and fresh seafood. The guests noticed and asked who was in the kitchen. “I’ve changed the way food is cooked in strip clubs,” Chavis said.

In 2015, Chavis and his wife Kelz Kitchen opened downtown, followed by College Park in November 2019. (Johnston-Chavis, 44, has a career as a television and film producer; in 2011 she launched the Atlanta Pitch Summit, a networking event that Connects content producers with film industry executives looking for new material.)

Maybe I hadn’t heard from Kelz Kitchen until recently because I had given up my nightly gimmicks a few years ago. When a chef I interviewed praised it as “the best soul food in town, hardly anything”, I had to try it. 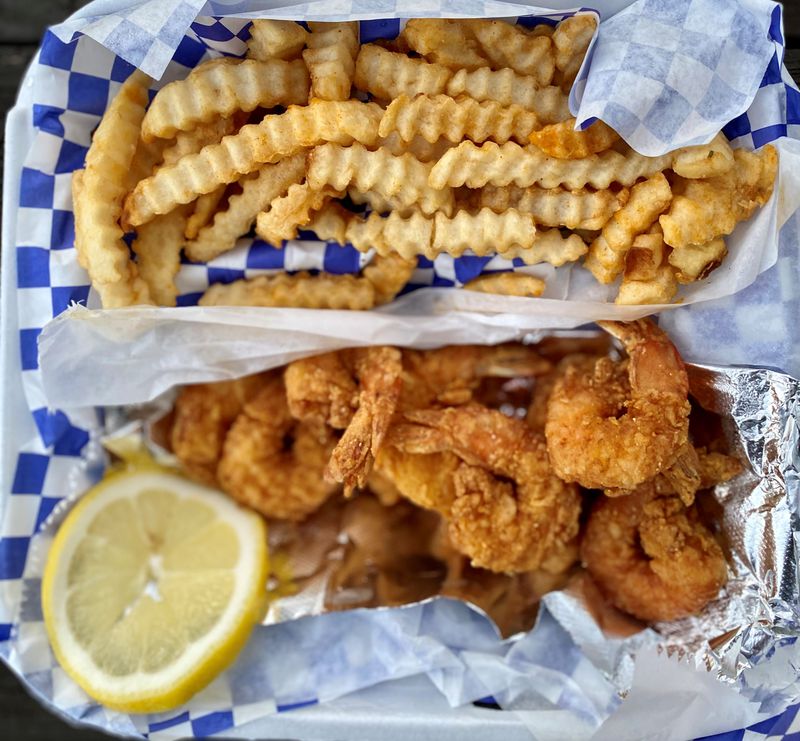 Kelz Kitchen knows how to fry shrimp; This is the shrimp basket with fries. Wendell Brock for the Atlanta Journal Constitution

On Saturday afternoon, I placed an online order and drove to College Park. In all honesty, I didn’t feel a lot of low country or gullah geechee influences in the dishes I tried.

But man, those prawns! Absolutely fresh tasting and impeccably fried, they were some of the best I’ve had in Atlanta, as was the near-definitive version of the Colonnade. The pork chops, although thin, were wonderfully flavorful and pretty good. And when I tried the collards and the rich, decadent macaroni and cheese, I could see why people flocked to the Blue Flame for both dining and entertainment.

Is there a restaurant you would like to see? Send your suggestions to [email protected]

What I ordered: grilled pork chops with laden mashed potatoes and green beans; Vegetable platter with fried okra, cabbage, mac and cheese, cucumber salad; Lemon Pepper Wings with Fried Okra; Shrimp basket with french fries plus two pieces of whiting. The food was very good, with one minor point of contention: they forgot to put the fish in the shrimp basket.