IIn today’s culture, it is as if black British literary history began relatively recently, and new books are being published without referring to or knowing about it. This is not the case with white writers. Publishers, critics, and readers will often understand where books stand in their literary context and cultural ecosystem. We can trace the literary lineage from Douglas Stuart’s Booker winner Shuggie Bain to the works of James Kelman and Irvine Welsh. Ghosts by Dolly Alderton is in conversation with Helen Fielding’s Bridget Jones series and all of the novels published thereafter, as well as Ali Smith’s postmodern novels are descendants of Virginia Woolf’s modernist oeuvre. And we know that today’s historical novels have precursors to their earlier counterparts.

Our appreciation for literature is deepened when we understand the fundamentals on which each new generation creates literature, but because so much black British literature was not taught in schools or universities, or immortalized or even immortalized on television and film, it has been immortalized in the media and extensively or seriously reviewed in science. It’s like every new book is published out of a void.

What began a little over a year ago as a conversation with my publisher and the idea of ​​getting six books back into print has developed into a series called Black Britain: Writing Back, in which the first titles are about to be relaunched to the world . For the first half of last year, I worked my way through stacks of novels that fit the bill – either out of print or only available in print on demand. My goal was to find books that illustrate a variety of subjects, genres, styles, and voices. Fiction that feels alive and fresh reveals itself almost instantly, despite its vintage, and I believe the novels I picked have stood the test of time, even if they are in keeping with their time.

Minty Alley (1936) by CLR James was a great find and I was surprised I had never seen it before. It’s my proudest achievement in the series because James wrote it in 1928, almost 100 years ago, and has been a buried treasure ever since, known only to Caribbean literature lovers. It is a gripping socially realistic novel set in a boarding house in Trinidad, a British colony at the time, although the story was not written in relation to Britain or the Empire. Through the protagonist Haynes, a young man from the middle class, we experience the gimmicks of a lively household in which small dramas simmer and explode. His previously empty life fills with the cunning and entanglements that swirl around him while he remains the quiet center of the house, calm and alert. Reading it is like listening to the story, a sensation that is intimate and distant at the same time. It offers the contemporary reader a glimpse into a society long ago and shows us that our essential passions, worries, and ambitions are the same, even though circumstances are different.

James is better known for his non-fiction books, especially his history of the Haitian Revolution, the Black Jacobins: Touissant L’Ouverture and the San Domingo Revolution (1938) and Beyond a Boundary (1963), which mixed memoirs, sports commentary, and social history. He moved to the UK in 1932, well before the post-war mass migration, and became a cricket correspondent for the Manchester Guardian, which was an incredible feat for a black man at the time. Minty Alley was his only novel. 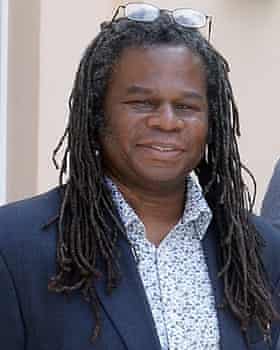 SI Martin brings the past into our present with Incomparable World

Four of the books were published in the 1990s by writers whom I knew and admired in the literary scene at the time, but whose work was long out of print. At an event in a London library, I met SI Martin, who had just published his first novel Incomparable World (1996). With three ex-African-American slaves, the novel draws on thousands of ex-enslaved Africans who fought on the side of the British in the American Revolution and were offered freedom in Britain and in British territories. Most of them ended up in London. His rich, sonorous voice boomed in the room as he read of the struggles and antics of these men in a multiracial, teeming, foul-smelling, criminal, and dangerous London of the late 18th century – bringing the past into our present.

At a time when the lack of black history teaching is high on the agenda, this historical novel shows readers what is missing in the canon and curriculum. 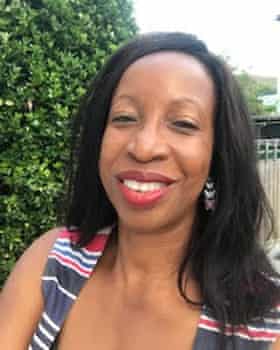 Nicola Williams’ 1997 novel Without Prejudice, a hugely impressive legal thriller, is as relevant today as it was when it was first published. On his pages we find Lee Mitchell, a young working class woman with a Caribbean background who, despite all adversities, succeeds in a white and predominantly male and middle-class work environment. When real black attorney Alexandra Wilson broke the news last September for being mistaken for a defendant three times in one day, it proved that the obstacles Williams wrote about more than two decades ago remain the same. Williams herself is a lawyer and currently ombudsman for complaints with the British armed forces. Your novel gives us a glimpse of the tenacity that would have been necessary to achieve this level of success.

The return of African artifacts obtained through theft, war and exploitation and kept in British institutions will be the subject of heated debate pending return. This controversial topic, which deals with British expedition, mission and colonial history, is neatly broken by a gripping plot in Mike Phillips’ detective novel The Dancing Face (1998). It is the theft of such an old mask by an idealistic young black Londoner named Gus. The mask stolen from Benin is to be included in a British exhibition “African Art on Tour”. Phillips was one of the oldest black British literature in the 1990s. His numerous books were published between 1982 and 2005, mostly detective novels examining major political and social topics, as well as non-fiction such as Windrush: The Irresistible Rise of Multiracial Britain (1999), written with this brother, the broadcaster Trevor Phillips and one of the earliest and most extensive books to record the Windrush generation and their descendants. Phillips has broken new fictional paths and deserves to be recognized as a pioneer.

From the mid-1980s to the mid-00s, there was a tendency for black British women’s novels to focus on growing up stories that touched on difficult childhoods and the trials of early adulthood. I chose Judith Bryan’s Bernard and the Cloth Monkey (1998) for the series because it is a calmly standout novel on the subject, with a slow, atmospheric build-up to devastating revelations. It is a family psychodrama in which a young woman, Anita, returns to her family home, where secrets are buried, tensions are palpable and betrayal needs reckoning. The novel is a rebellion against silence and evidence of the survivability of women. It shows the transformative power of literature at its best. I can’t wait for women in particular to read this novel. 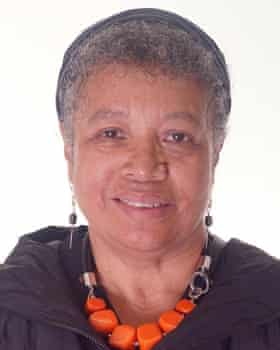 The Fat Lady Sings (2000) by Jacqueline Roy completely overtook me when it was first published. Two women diagnosed with mental illness end up in beds side by side in a mental hospital ward, and as their friendship develops we understand why they were incarcerated. This is the type of novel in which the reader has to give up the expectation of a simple plot and succumb to the drive of its experimental, parallel narrative structure and impressionistic writing. It’s a daring novel, not just stylistically but thematically, because discussions about mental health were much taboo 20 years ago. One of the women is also a lesbian who disrupts the heteronormativity of black British fiction. Roy herself spent time in a mental hospital when she was younger, and this emotionally intense and brave book feels like it was written out of experience.

I have spoken many times about the lost generations of great black writers whose books have disappeared, but I never thought I would get the opportunity to revive some of them. These novels are my personal choices, determined by my literary values ​​and my perception of the creative and cultural meaning of the work. With the exception of James, who died in 1989, all writers are very much alive and most of them are writing or have written new novels. The reception our books are receiving today is very different from yesterday’s, although, as you can see, the issues are as relevant today as they were then, although ultimately, the quality of the writing matters most. Our writers are riding the crest of the wave right now, building appreciation in greater numbers than ever. Black Britain: Writing Back aims to fill in some of the gaps in the fundamentals of this exciting cultural moment.

• The first six books in the Black Britain: Writing Black series will be published on February 4th.