Author Patricia Nicol reveals a selection of the best books on: Romantic walks

Author Patricia Nicol unveils a selection of the best books on: Romantic Walks

By Patricia Nicol for the Daily Mail

A friend who is tentatively starting a new relationship in Lockdown tells me it’s like a Jane Austen novel. Since it is forbidden to mix them indoors, she and her client can only take socially distant walks.

Is that such a bad way to navigate awkward first appointments? As grim as it is for the hospitality industry not to take Valentine’s bookings, the truth is that eating and drinking with strangers can often be a difficult affair. 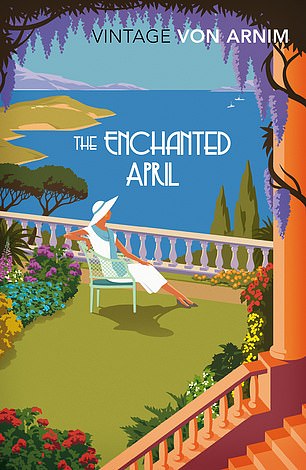 All of Jane Austen’s novels use walks to show us more about her characters. Think Elizabeth Bennet’s muddy walk to Netherfield to visit her bedridden sister Jane in Pride And Prejudice, or the Box Hill incident in Emma. Most nifty, in Mansfield Park, a trip to Mr. Rushworth’s mansion and the incorrect, reckless way the younger Bertrams, spurred on by the Crawfords, explore the ‘wilderness’ of the parkland there – climb over locked gates; jumping over ha-has – pre-characters ruinous romantic entanglements.

“There was no way to go for a walk that day,” is the very first line from Jane Eyre, a character who flies over the moors after being led up a garden path. Restless, mentally and physically, until she follows the desperate call of the blinded Mr. Rochester for her, their reunion begins in a scene of satisfaction: “I have led him out of the damp and wild forest into some happy fields.”

The transformative effects of nature on the frowning Lottie Wilkins and Rose Arbuthnot, and later on their husbands, is explored in one of my favorite novels, The Enchanted April by Elizabeth Von Arnim.

The walks described therein through the grounds of San Salvatore, “the little medieval Italian castle on the shores of the Mediterranean” that you carelessly rent are transported. If you can’t walk, you lose yourself in a literary foray in love.